The Meaning of Rain at a Funeral 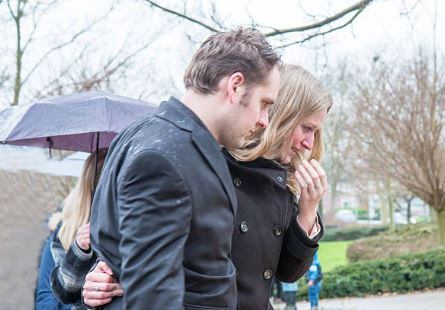 We often see rain as a somber element. Especially when it takes place during a funeral or other services associated with funeral homes in Milan, TN.  But did you know that in some beliefs rain at a funeral is actually considered good luck? The symbolism of rain at a funeral can mean many different things depending on what culture, religion, and beliefs. Today we are going to look at some of these ideas and superstitions about rain and funerals.

Back in the Victorian era rain was most often seen as a good thing. If it were to rain during a funeral, it was seen as a representation of new growth and cleansing. Because of this, rain was considered good luck at a funeral and welcomed.

Also from the Victorian era comes the belief that when you hear thunder after a burial, it meant the spirit had made it to heaven. However, if the clap of thunder happened during the burial service, it meant that the spirit had gone to a not so nice place.

Some people look at rain during a funeral as God is crying alongside them and the rain is the tears of God. This can bring them great comfort in feeling as God is with them during this difficult time.

In Hinduism, rain plays a big role in death. This is because they believe that each drop of rain is a soul that is being reborn. Because of this rain symbolizes life, renewal, and rebirth and is not seen as bad luck or somber.

Rain After a Funeral

One macabre belief about rain deals with what happens it if rains after a funeral. In this case, it is believed that if the rain falls into an open grave, someone in the family will die within one year.

However, in other cultures it is believed that rain after a funeral is a good sign; that it is washing away any pain and sorrow. And, if there was a rainbow afterwards it meant that the spirit had made it to heaven.

What To Do if it Rains 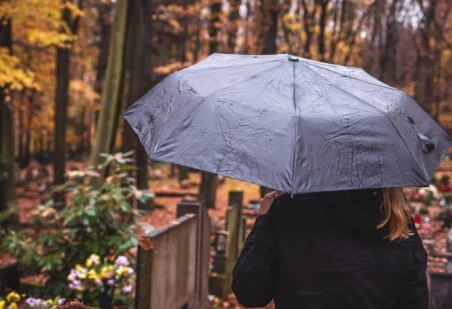 Whether you see the rain being good or bad at a funeral, you unfortunately have no control over this element. To make sure you are prepared in case of rain, there are a few things you can do. First, check the weather report. Although weather can change drastically from day-t-day, the report should give you an idea about the rain chances.

Next, if it looks like rain, have a plan B. This could include changing the location of the service, postponing it, making arrangements for a tent or other shelter or providing umbrellas for all the guests.

If you are concerned about the rain and how it will affect your services at funeral homes in Milan, TN, make sure and talk to your funeral director. They have the knowledge and expertise to know how to handle these situations in the best way possible and can guide you though it.