We would like to offer our sincere support to anyone coping with grief. Enter your email below for our complimentary daily grief messages. Messages run for up to one year and you can stop at any time. Your email will not be used for any other purpose.

Share a memory
Obituary & Services
Tribute Wall
Read more about the life story of John “Jack” and share your memories in the Tribute Book.

He was born on January 16, 1964 in Newburgh, New York to Gordon Frost, Jr. and Kathleen Schulhoff.

Jack was preceded in death by his wife, Amy Frost.

Jack was a man that would always give a helping hand and enjoyed doing anything he could to assist others. He was an avid hunter and outdoorsman. Always outside working on his mini farm. He was a sports enthusiast, cheering on his favorite New York and Tennessee teams.

He is survived by his father, Gordon Frost, Jr. and his wife Linda of New Johnsonville, Tennessee; mother, Kathleen Schulhoff and her husband Jim of New York; his daughter, Katelyn Frost of Grahamsville, New York and step-daughter Brittiny Kring of Hamburg, Pennsylvania; sister, Paula Lalor and her husband Michael of Columbia, Tennessee; and two brothers, Jim Frost, and Greg Frost and his wife Sara of Wurtsboro, New York. As well as his many close friends.

There are no services scheduled at this time.However, the family plans to have memorial services at a later date in New York.

He will be very missed by his family and many friends.

To send flowers to the family or plant a tree in memory of John “Jack” C. Frost, please visit our floral store. 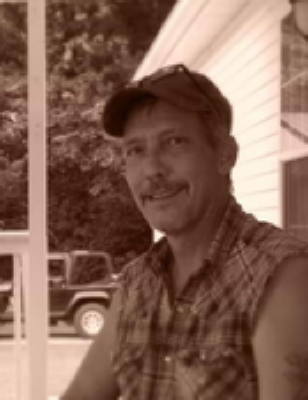 Look inside to read what others have shared


Family and friends are coming together online to create a special keepsake. Every memory left on the online obituary will be automatically included in the book.

You can still show your support by sending flowers directly to the family, or by planting a memorial tree in the memory of John “Jack” C. Frost
© 2022 Medina Funeral Home & Cremation Service. All Rights Reserved. Funeral Home website by CFS & TA | Terms of Use | Privacy Policy | Accessibility