We would like to offer our sincere support to anyone coping with grief. Enter your email below for our complimentary daily grief messages. Messages run for up to one year and you can stop at any time. Your email will not be used for any other purpose.

Share a memory
Obituary & Services
Tribute Wall
Read more about the life story of Larry and share your memory.

He was born March 8, 1941, in Crockett County to the late Pat Charles Prescott and Verma Watkins Prescott.

In addition to his parents, he was preceded in death by the love of his life for sixty-two years, Carolyn Edwards Prescott and a brother, Danny Prescott.

Larry Joe started his family in Memphis as a mechanic and then moved back to Crockett Mills to farm and continued until retirement.  His #1 job was to do whatever Carolyn asked of him.  He always had his to-do list and pen in his front pocket.  In his early years he loved to race cars and then later in life he slowed down to antique tractors.  He won lots of pulls with his ole John Deere!  He and Carolyn traveled extensively all over the world when he retired until she was not able. They had so many lifelong friends they loved.  To know Larry Joe was to love him and there was not a better man to live life with.

A celebration of Mr. Prescott's life will be held Saturday, January 21, 2023, at Pond Creek Congregational Methodist Church Fellowship Hall at 12:00 noon with reception, food and fellowship for all attending.

To send flowers to the family or plant a tree in memory of Larry Joe Prescott, please visit our floral store. 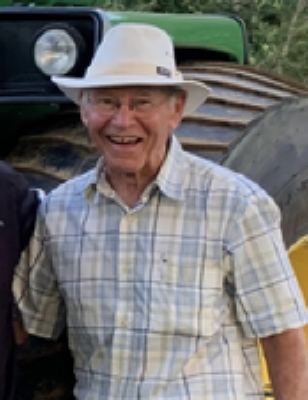 Look inside to read what others
have shared
Family and friends are coming together online to create a special keepsake. Every memory left on the online obituary will be automatically included in the book.

Look inside to read what others have shared

Family and friends are coming together online to create a special keepsake. Every memory left on the online obituary will be automatically included in the book.

You can still show your support by sending flowers directly to the family, or by planting a memorial tree in the memory of Larry Joe Prescott
SHARE OBITUARY
© 2023 Medina Funeral Home & Cremation Service. All Rights Reserved. Funeral Home website by CFS & TA | Terms of Use | Privacy Policy | Accessibility